Brantly State park, and a lot of state parks are nice because they’re away from civilization and tend to have more space between sites – nice.

Brantly was COLD overnight, 28 Fahrenheit at 6:30 am. You saw the frost on the roof and we drank hot coffee and waited for things to warm a bit. Today we were headed for Carlsbad Caverns about an hour south of us and we got going around 8:30 am which was pretty good.

The Caverns are up on top of some hills, not really any place you’d expect a cave.

The caverns are MASSIVE, there is a “natural” entrance where you will hike for a mile underground to get to the Rest Area 750 feet below the surface. There is also a short cut elevator that drops you down the 750 feet but we had been warned that it was out of service which was great for us as it meant reduce crowds.

The trail into the cave is paved all the way with handrails either side, a necessity as the lighting is very dim and you can’t really see where you are walking.

Once inside it is difficult to describe ones sensation and even more difficult to photograph especially with my iPhone. You can only capture closeups and the “cavernous” sensation is lost. There is no sense of claustrophobia, your surrounding volume is way too big for that. Below are some images but you have to go there to experience it. 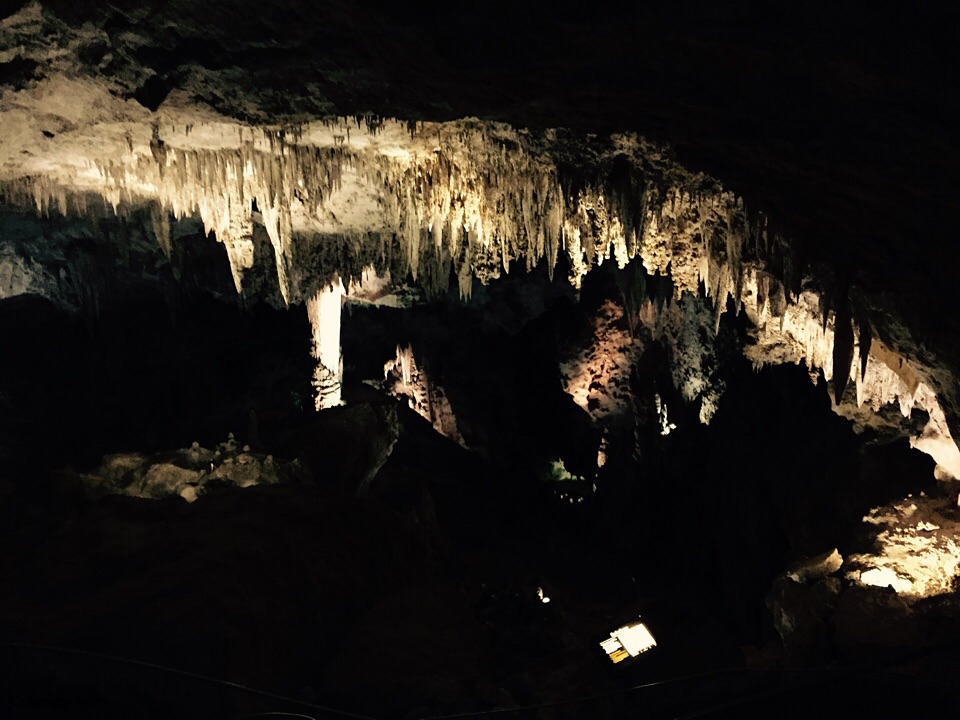 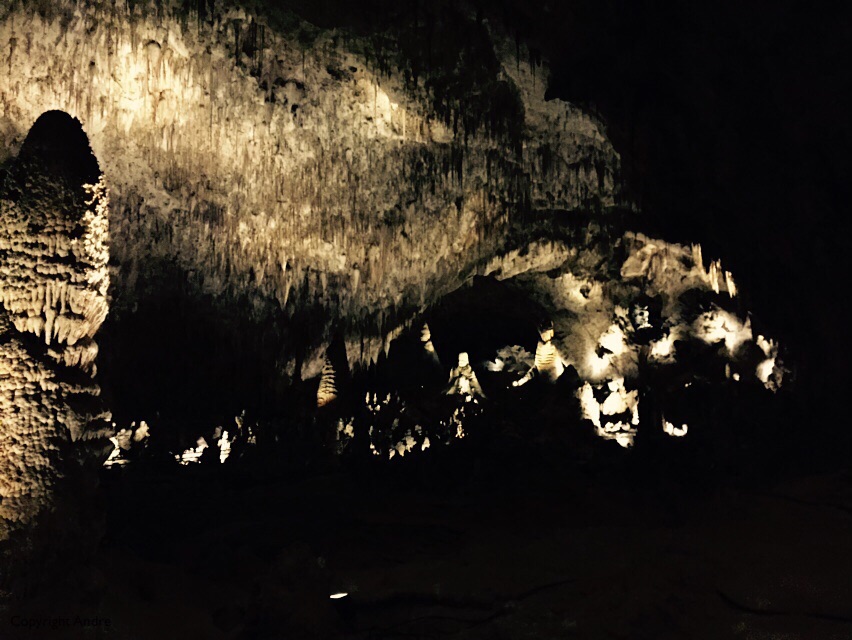 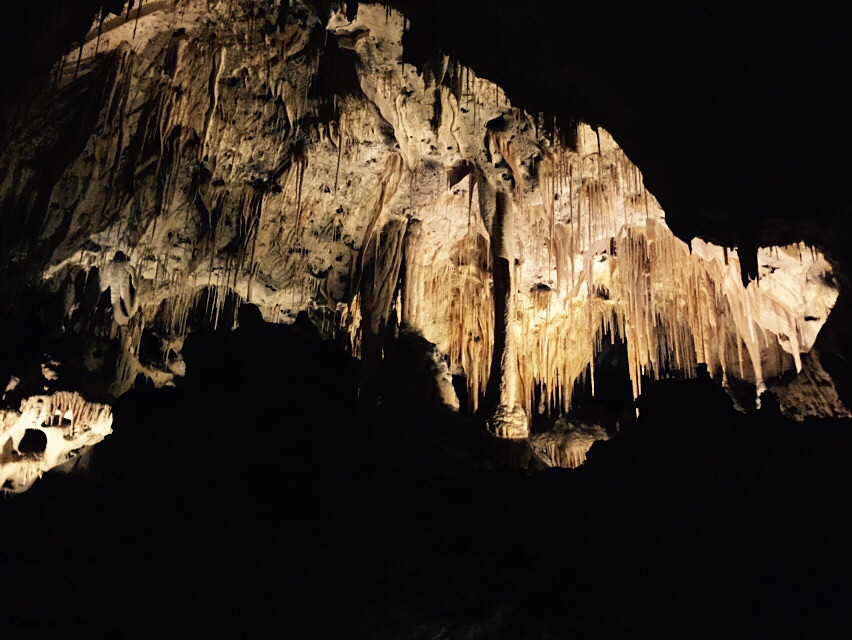 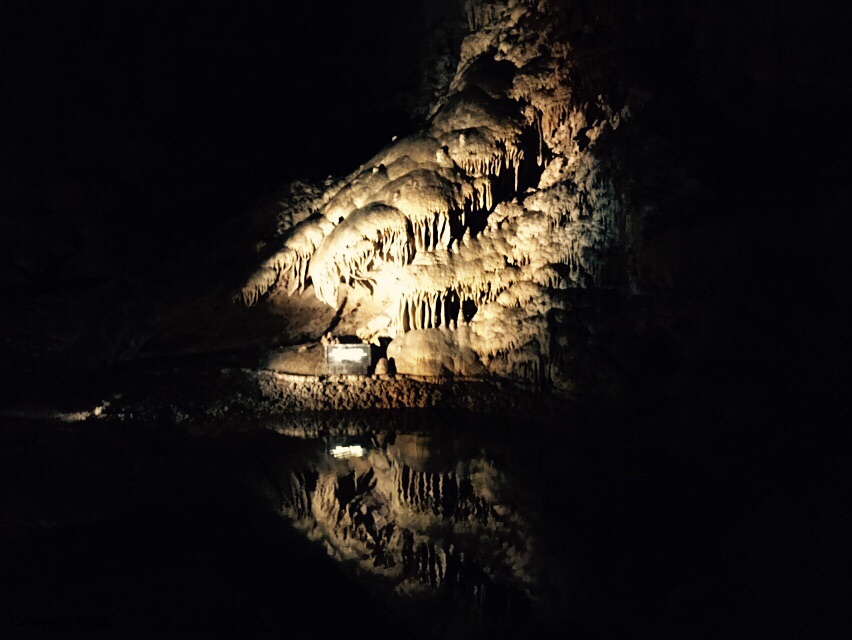 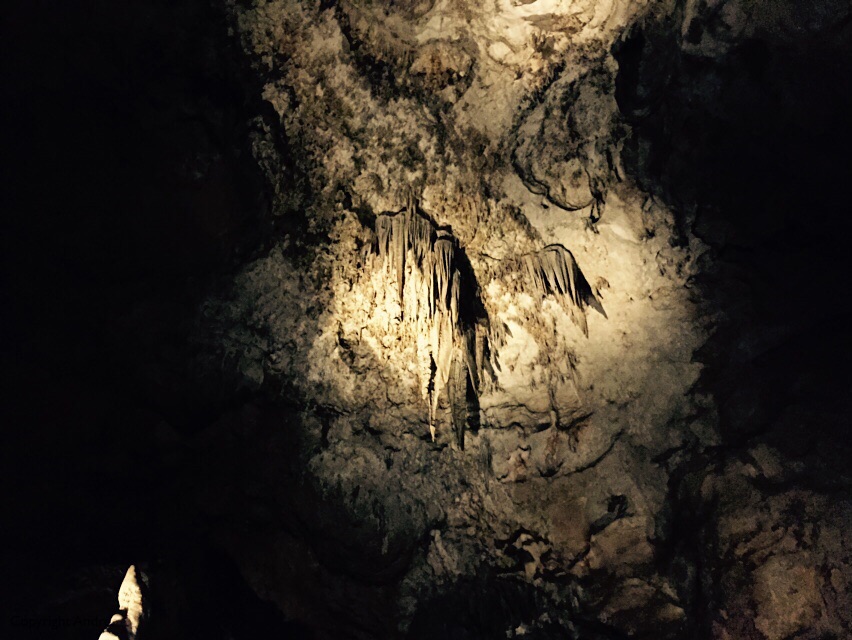 We thoroughly enjoyed our visit and mellowed back to our Brantly campground for another freezing night. Next morning we headed west along Hwy 82 and although the road was flat got accosted by numerous signs warning us of danger ahead. Of the 80 odd miles the last 15 drop steeply into the valley below, almost like coming down from Whitney Portal to Lone Pine on Hwy 395 in the valley below.

On the way down I was convinced that the repaired “flat” tire was loosing air so when we reached the town of Alamogordo we headed for the nearest tire shop. The young kid jacked up the wheels, took them both off, checked them and said; “Nothing wrong”. Said; “No charge” but we gave him a handsome tip for our peace of mind.

White Sands National Monument: Looks like snow but it is a hard compacted white sand which is easy to walk  and drive on. We set off on a signposted hike but did not check how long it was. Almost two hours later we completed the loop on the Alkalai Flat Trail. 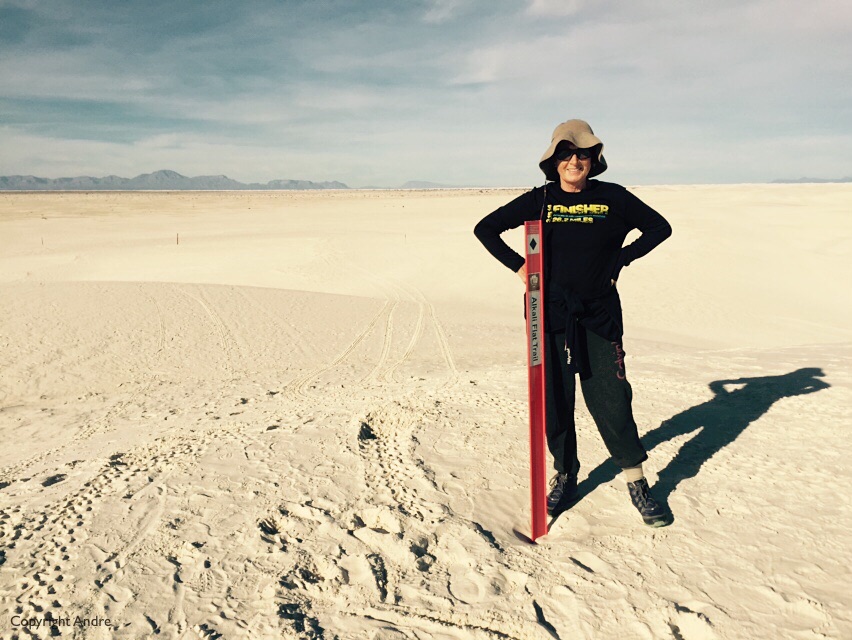 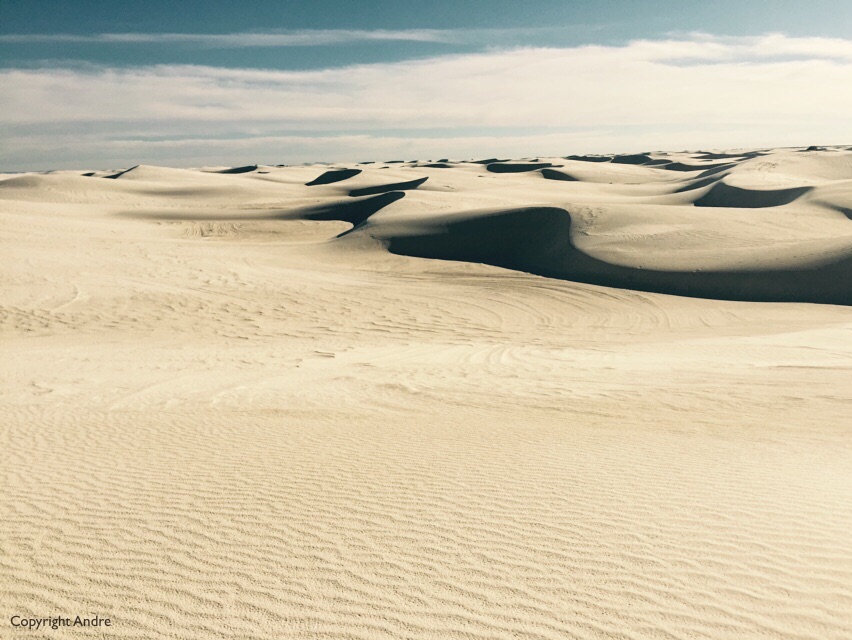 60 miles south is Las Cruces and we headed for a nearby state park. Closed. Plan B was a local RV park. Checkin guy was friendly but says there is WiFi but you cannot connect – what does that mean? Don’t worry we have cable TV you can hookup to and by the way our water pressure is way too high so you had better use this regulator. We found no TV channels, did not hook the water but had a peaceful night. We did make use of their laundry & shower facilities and headed west on I10 which would have taken us to Santa Monica had we stayed on it.

I10 had a shitty right lane and with us cruising at 60 to 65 mph the trucks were consistently passing us and we got wobbled off the turbulence as they cruised by. Don’t worry, at Lordsburg we turned off and settled for Hwy 70, the back road to Phoenix. Rose jumped behind the wheel and we cruised into the desert south west of Arizona. Our destination was Roper Lake State Park.

They have a natural hot spring that feeds the rock tub at 97 Fahrenheit, warm but not hot. 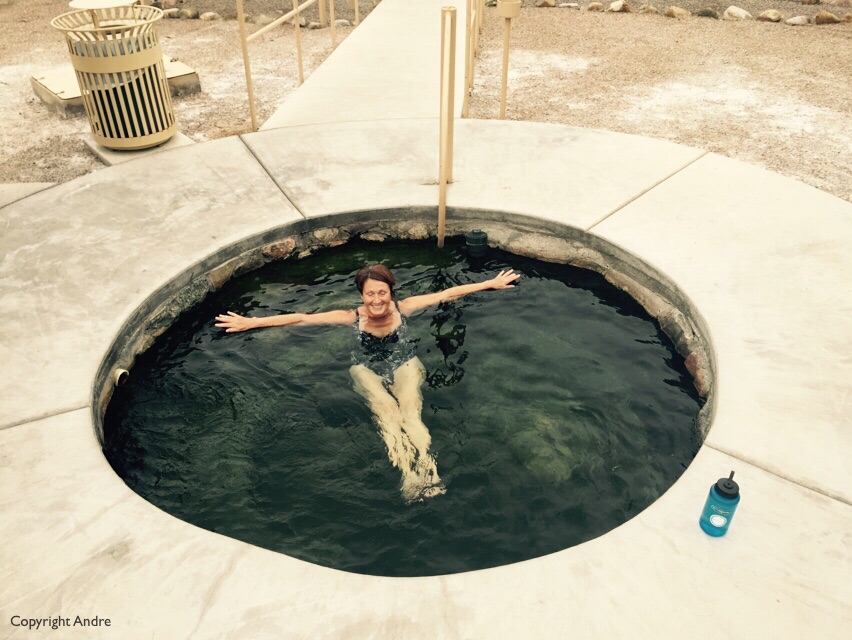 One thought on “Caverns & White Sands”