One last side trip before we head back north. Durango is on the Central Mexican Highlands and behind some more Sierra Madre mountains. To get there from Mazatlan we travel the 140-miles-long MEX 40D that is a masterpiece in road engineering. It has 115 bridges and 61 tunnels and spectacular scenery but nowhere to pullover and take in the views. No, we did not drive our RV’s up here and 8 of us plus our driver/tour guide are in a minivan and I snap one photo out the back window as I hate trying to get good photo’s from a moving vehicle.

For better or for worse we spend two days being shown around in a funky tourist trolley. It was a fun time, good hotel, and you go along with what the guide deems as interesting tourist trivia.

One stop was the ruins of a foundry, Fundidora Ferrería de Flores, built here because of it’s closeness to iron mines and a supply of water, a dam, to provide energy to the foundry. 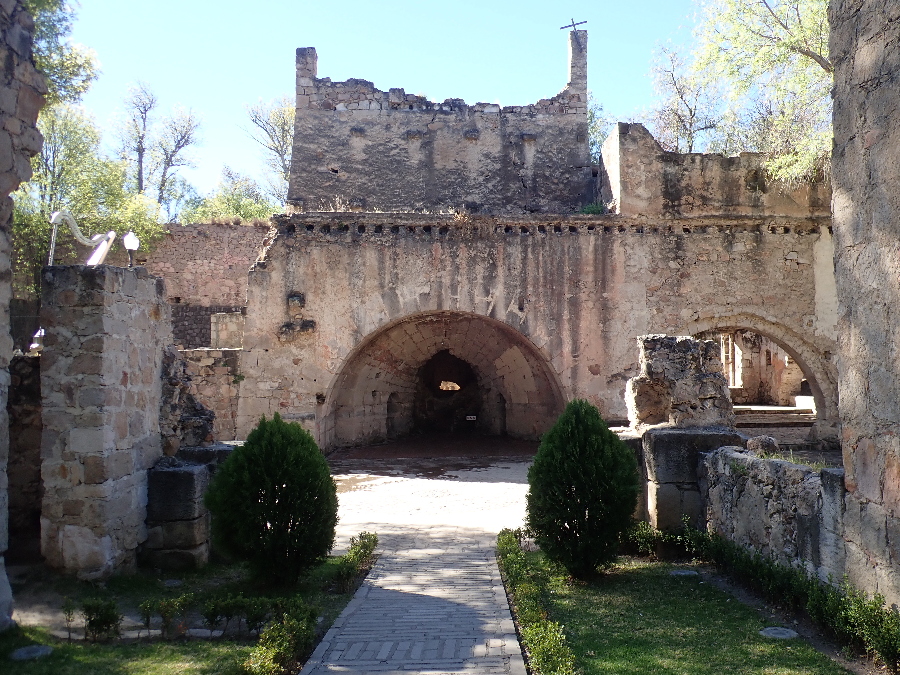 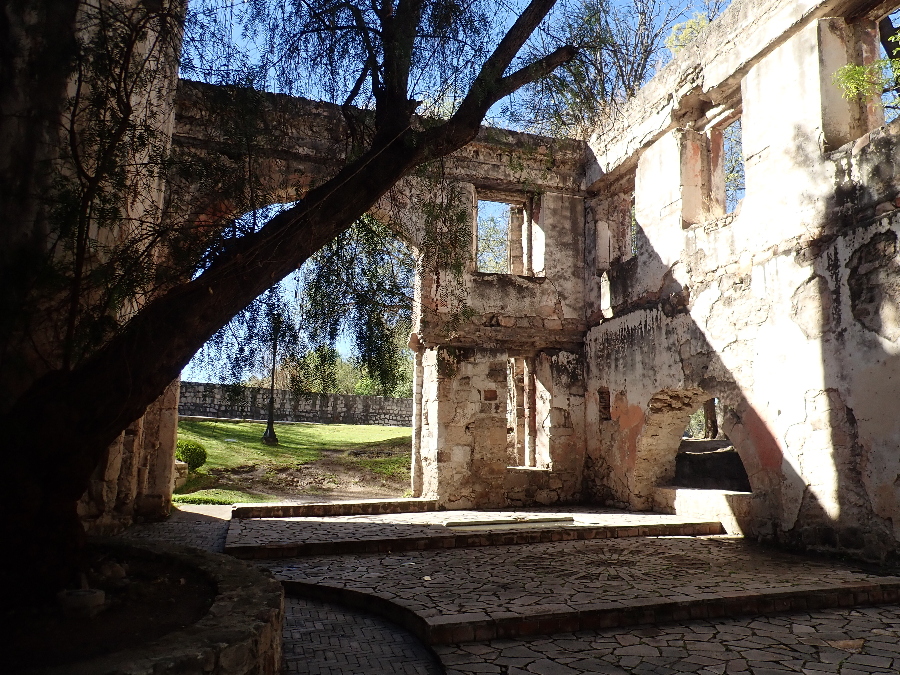 The story of the photo below is that they had a professional photographer setting scenes and taking photo’s. At one point, the photographer, makes a comment to us who were obviously American tourists. He spoke perfect English and it turned out his father was Mexican and mother American, or visa versa, and after growing up and studying in the US somewhere he was now resident in Durango.

Last stop was the Museo General Francisco Villa or Pancho Villa as he is commonly known and his involvement in the Mexican Revolution that ran from about 1910 to 1920. We were lucky to have an English guide take us around and my take on it was that the lengthy revolution was very territorial around  the Mexican states, seemed to have had multiple “revolutions” till one stuck and America’s involvement over the rather porous border.

Then we headed back down to the coast.

Then we were off northward. It is 730 miles up to Nogales on the Arizona border and our plan was to do 3 hops: 260 miles to Los Mochis for an overnighter, then 230 miles to a RV park in Guaymas and then up to the US border. Now the Nogales border crossing is a busy one and full of trucks crossing into the US. The overall consensus among the RV crowd was to detour west to the Lukeville crossing which is small, no trucks, and a better bet despite the extra 90 odd miles. 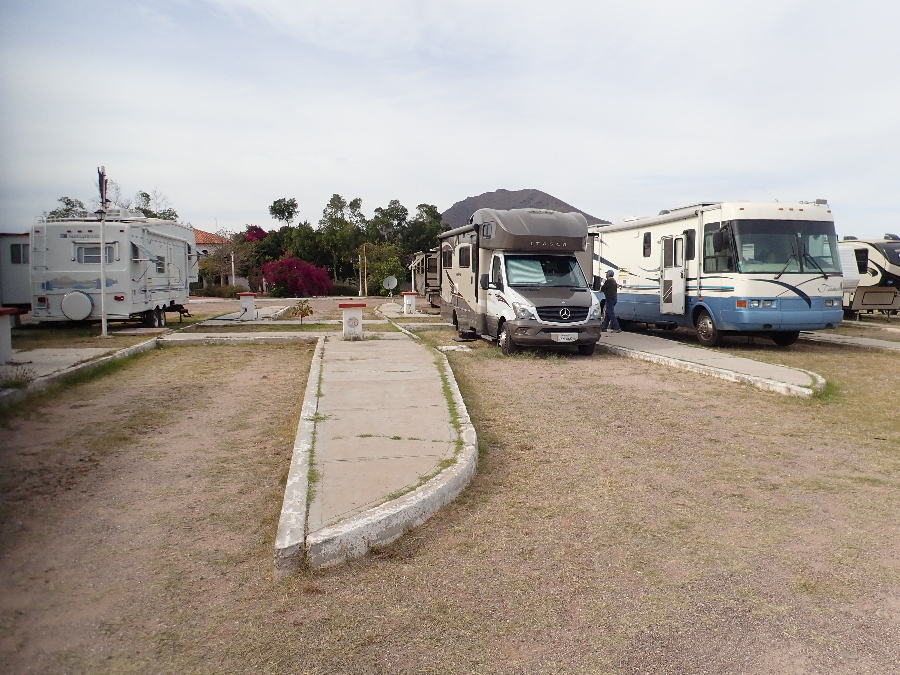 Last two nights were spent at Hotel Playa de Cortés which had an attached RV park. At this point we knew we’d left sunny Mazatlan and that a wet storm front was waiting for us across the border. Skies were overcast and gloomy. On the positive side the hotel made the absolute best margaritas – non of this mixer bullshit, juice from fresh limes, good tequila and even a shot of cointreau to liven it up. 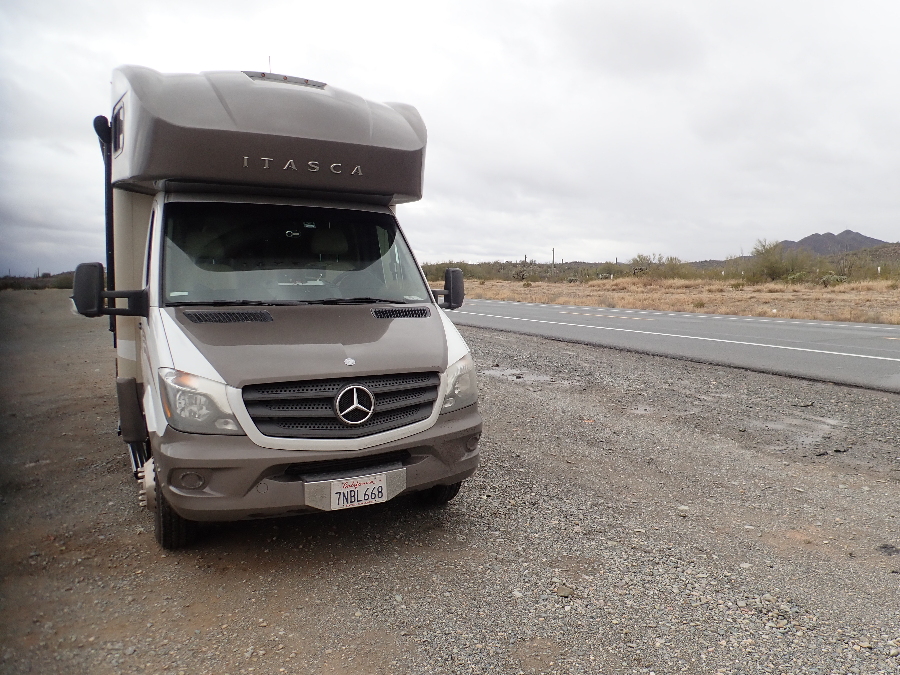 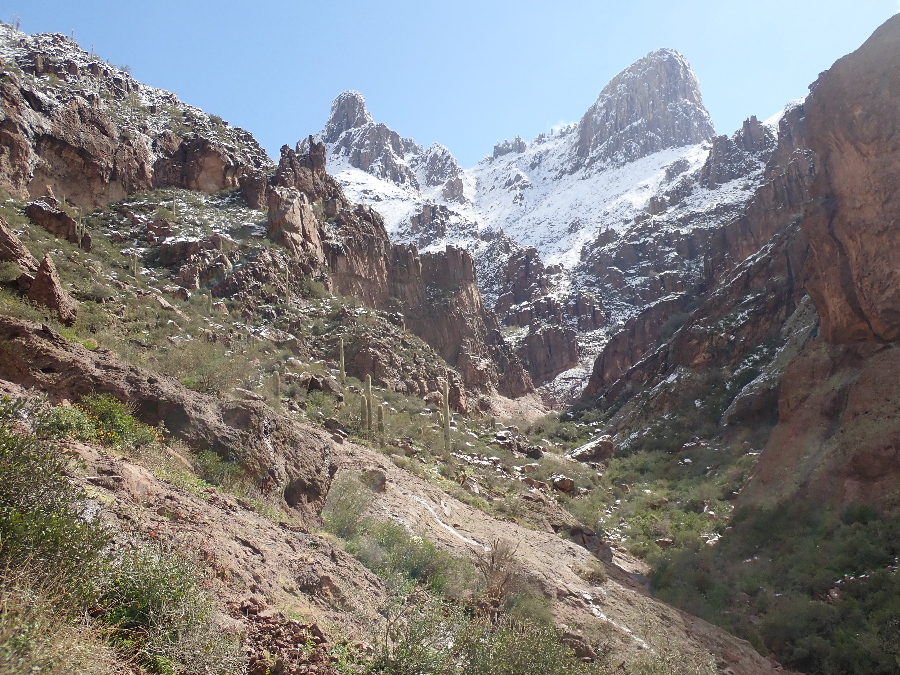 And that was was it – the end of our most enjoyable Mexican caravan.