Well if you read the Kenai Highlights piece you’ll know we have a freezer full of salmon and a desire to smoke some of it. Yes I could try to do it on our regular gas grill with the burners, or just a single burner, turned down real low to get the temp down below 200 F but I wanted SMOKE. Google’d and in chatting to friends Bill says: “I have this Egg on my porch and you can have it if you move it, it’s heavy, about 150lbs. I’d heard about Big Green Eggs and thought here is my chance to snag one on the cheap. “Sounds great Bill, when can I come and pick it up?”

Only after I had lugged it home did I ask Bill: “How old is this Egg?”, “I must have bought it new in the 70’s and it’s not an Egg but the original Japanese Kamodo grill/cooker”. “Isn’t it meant to have a seal between the lid and the bottom?”, “Yes maybe but I bought it in the 70’s”. “What about the draft door at the bottom, that’s where you can regulate the airflow and hence temperature?”, “It’s a bit rusted. What do you expect when you get an Egg for nothing?”. At that point I thanked Bill for his generosity and started to ponder this rathole of a project I was already being drawn down. 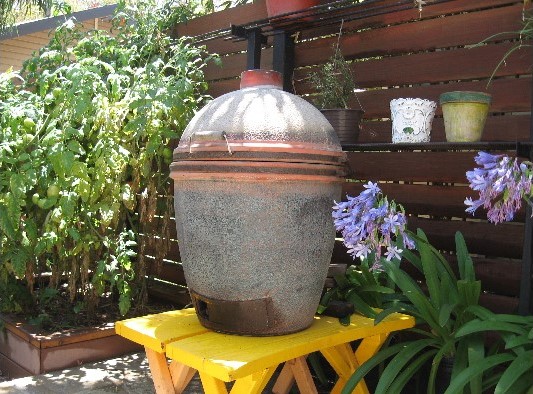 Looks nice in our yard though! 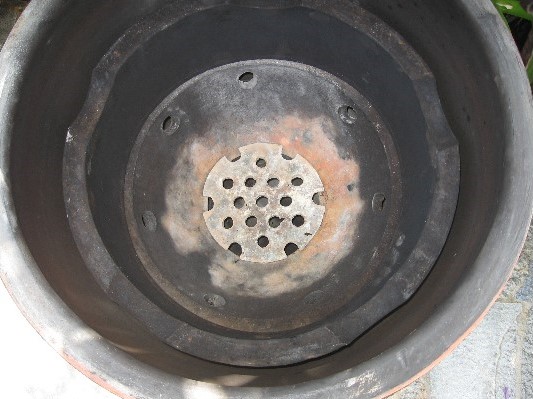 I proceeded to clean it, yes that’s it clean, I did not include scrubbing it which might have done more damage than good. 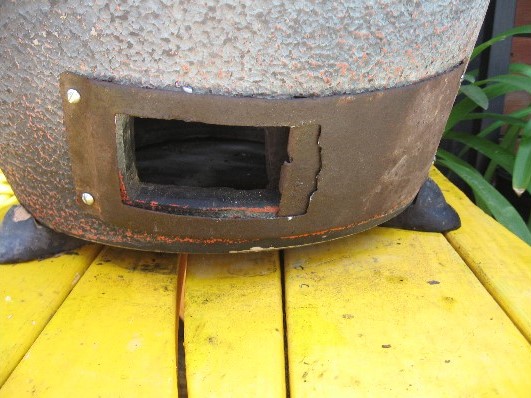 The draft door after I cut the old bolts, see the shinny new ones I put in?, and renovated it. Well the channel for the sliding door was half rusted away and I knew it would have to be replaced sooner or later. 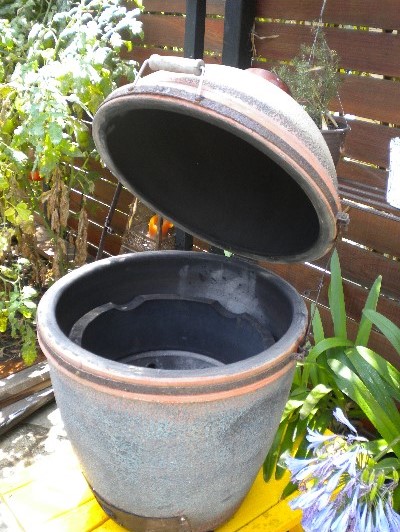 Anyway here is what I had now and after finding out how pricey the spare parts were I decided I had to at least build a fire in it to see what happens. 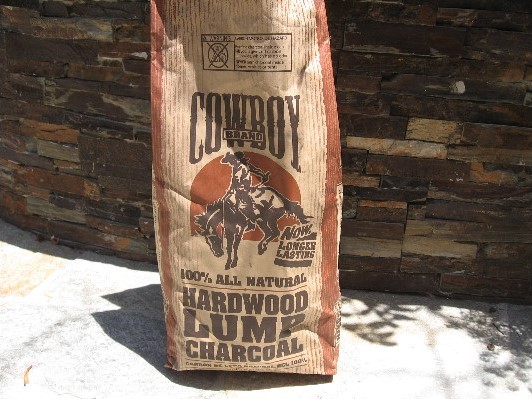 The book says to only burn “lump” charcoal in it. No briquettes and definitely no lighter fluid that will poison the inside of the Egg. 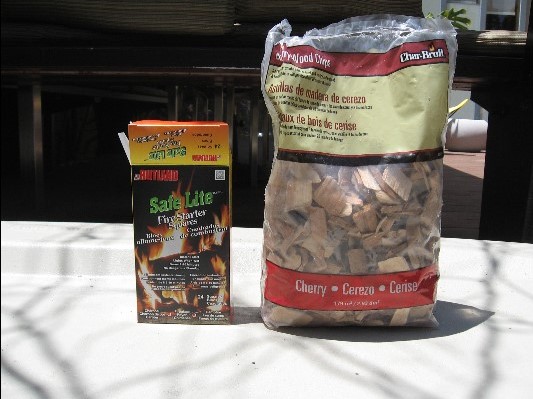 I went for the Safe Lite fire starters and could not find Alder wood chips so settled for Cherry from good old Home Depot. 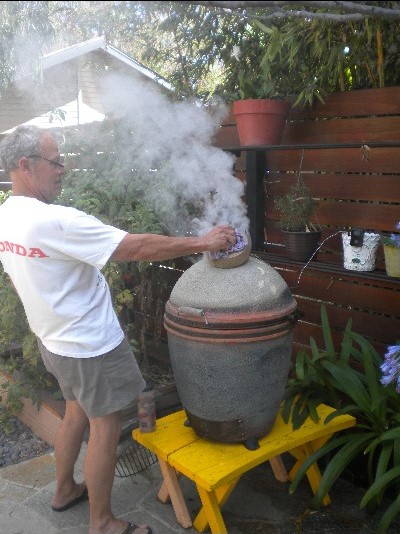 No problem lighting the thing, problem was trying to regulate the air flow to keep the temperature down – simply could not do it. Having started down this slippery slope I convinced myself & Rose that I need to:

– Replace the rusted steel bands and handle because it will help the seal work properly,

– Buy a Metal Cap for it that helps regulate the smoke flow out of the top. 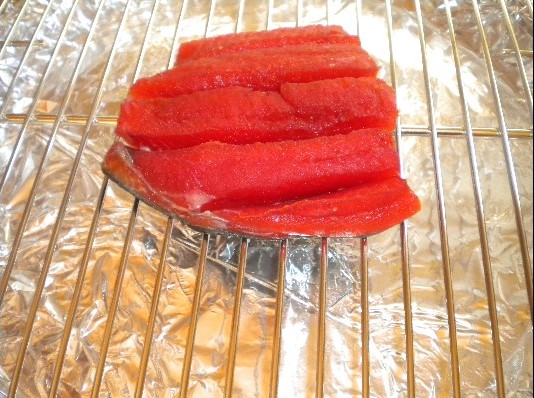 Here is the first piece of salmon that we did eventually smoke on the gas grill – tasted so damm good that we decided to head down the rathole project and throw some $$ at it.