Thursday saw the high clouds move in indicating that the cold front coming down from the North West might actually bring a tad rain to southern California. Sunset was one of the better ones as can be seen in the photo taken from our top deck looking NW. 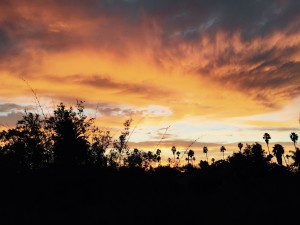 Fridays, actually early Saturdays, forecast called for a dash of precipitation in the early hours. So desperate are we for rain that even an 80% chance of rain between the hours of midnight and 2 am is a big deal. Right on target at 12 am it started and came down steadily for half an hour! with showers on & off till daylight.

Come morning and after the customary cappuccino & toast we played tourist and walked down to the beach. Lovely voluminous clouds over the mountains made for excitement over the usually drab blue sky. 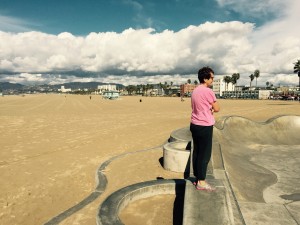 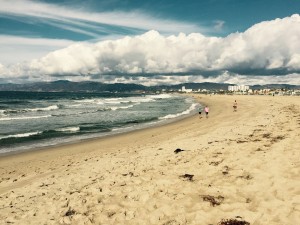 Back on the boardwalk we spotted this yellow food truck with “Crispy Cuban” written on the side. Having just seem the movie “Chef” it reminded us of Cuban Sandwiches made in his Miami truck. Want one for lunch? Why not and we shared a classic pulled pork, ham & Swiss cheese on a Cuban roll that had been toasted in a grill – delicious! 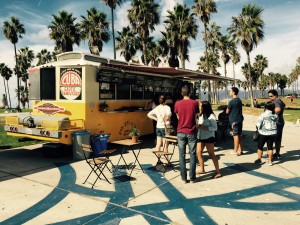